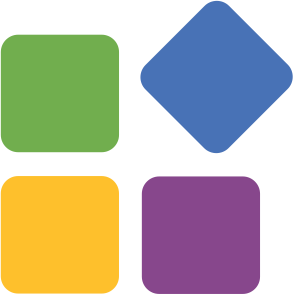 Register of release and transfer of pollutants (PRTR) educational

The Pollutant release and transfer Register contains information and data on release of 91 pollutants into the natural environment. The PRTR provides the location, the quantity as well as the source of pollution.

The selection of the pollutants which are part of the PRTR has been based on their negative influence on the living world and natural environment. For the purpose of better understanding of the PRTR role, this text provides detailed explanations and definitions of the key elements arising from the PRTR.

The beginnings of the anthropogenic pollution of the planet Earth have been closely connected to the very development of mankind. The human-caused pollution dates back to the early use of fire, thousands of years ago. However, the anthropogenic pollution of the Earth produces more serious impact on the natural environment and other living world only in the last two centuries. The growth of the world population, supported by the industrial revolution, has significantly contributed for the anthropogenic pollution to have major impact on the entire planet Earth. Apart from the technological advancements, the industrial revolution has also enabled mass consumption of oil and its derivatives as primary fuel used for economic development. Therefore, the environmental pollution has been one of the biggest problems that our world is facing with and which, unfortunately, grows bigger with every passing year, whereas the damages caused on the Earth and the living world remain hard to get recovered. 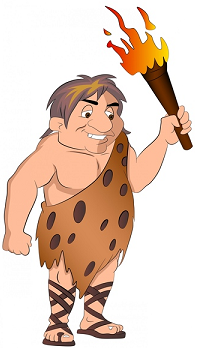 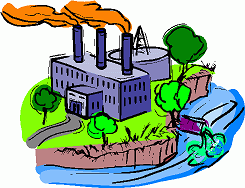 When does the pollution occur?

Briefly, the environmental pollution occurs when the environment cannot process and neutralize the harmful by-products resulting from human activities (such as poisonous gas emissions) in due course, without any structural or functional damage to its system. 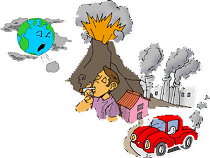 Actually, “due course” may mean lasting for long years of time, when the nature will attempt to decompose the pollutants; such an example is the fact that the complete decomposition of the radioactive contaminants may take thousands of years. The general conclusion would be that the pollution occurs, on one hand, because the natural environment does not know how to decompose the unnaturally generated elements (example, anthropogenic pollutants), and, on the other hand, there is a lack of knowledge on the part of humans on how to decompose these pollutants, or simply, find it hard investing in it.

General characteristics of the environmental pollutants are as follows:

Which are the more significant pollutants?

The PRTR encompasses 91 pollutants, which are grouped into 7 contaminant groups, as described below:

Arsenic (As) and compounds

Arsenic (As) and compounds

Pure arsenic is a grey-colored metal. It has crystalline appearance and is odorless. Arsenic is usually found in the environment combined with one or more other elements, such as oxygen, chlorine and Sulphur. Arsenic compounds are found in the natural environment in very small quantities.

Highest levels of arsenic release occur as a result of manmade activities, primarily as by-products of the smelting process for metals such as copper, lead and zinc. Second major source of arsenic emission, caused by human activities, is the combustion of coal. Drainage water from mines can also be a significant source of arsenic contamination of groundwater.

Long-term exposure to arsenic can cause health effects on the gastrointestinal tract and the central nervous system, heart and kidneys. Certain arsenic compounds can cause cancer and genetic disorders. Arsenic is toxic for the water ecosystems as well.

Cadmium (Cd) and its compounds

Cadmium is used in nickel-cadmium batteries, galvanized objects, various alloys and electric instruments, and the automotive industry as well. 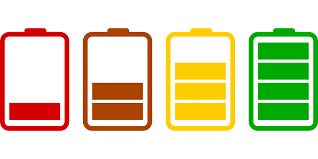 Major source of cadmium and cadmium compounds emission in the natural environment, caused by human activities, is primarily the production of tinted metals from concentrates, as well as the production of iron and steel. 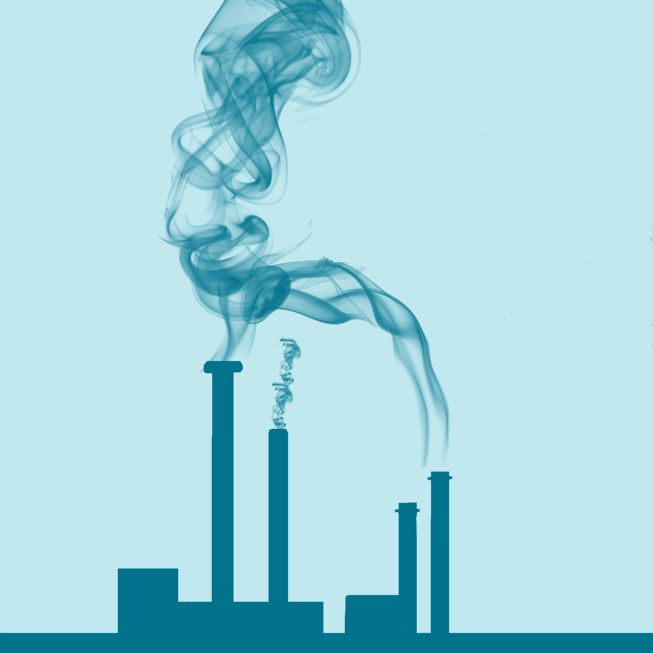 Long-term exposure to cadmium and cadmium compounds causes cancer and has negative impact on human health, especially kidneys and bones. Cadmium is toxic to wide range of microorganisms and water life.

PM10 particulates are composed of a complex mixture of many different particles, including smoke, sulfate particles, metals and inorganic salts. The particles vary in size and shape, whereas their diameter does not exceed 10 microns. One micron equals to one millionth of a meter. PM10 generally occur as by-products of various chemical and physical processes.

Numerous industries use PM10 during the production processes. This includes as well the cement, limestone, iron and steel industries.

Smoke particles are released in the air as a result of coal combustion, waste and other industrial processes. Road traffic is another source of emission, whereas some types of PM10 particles are formed by excavating stone from quarries, forest fires, volcanic activities and dust storms.

Excessive exposure to PM10 can cause negative effects on the respiratory system. PM10 can stick to the surfaces of buildings resulting in blackening of the facades.

CO2 is the chemical formula for carbon dioxide. It is a colorless gas that makes constituent part of the atmosphere. Carbon dioxide is poorly soluble substance in water and is heavier than air.

Carbon dioxide has widespread uses. It is used in soft drinks industry, in chemical industry for production of carbonates, fertilizers, production of paint, as well in some welding techniques. It as well finds its usage for extinguishing fire in closed air spaces, since it enables air suppression and reduces the combustion process to minimum.

Carbon dioxide occurs mainly as a result of the natural processes in the environment, mostly as an outcome of the respiration process in all living organisms. However, the formation of CO2 due to respiration is in equilibrium with the amount of CO2 that the plants absorb during the process of photosynthesis (primary organic production). Fires and active volcanoes are smaller sources that naturally emit CO2 in the environment. CO2 emissions in the natural environment as a result of human activities are due mainly to combustion of fuels that contain carbon, such as: coal, diesel, gasoline and natural gas.

CO2 does not have any direct effects on human health. Main concern related to CO2 emissions is its role within the global climate changes, being one of the greenhouse gasses.

Sulphur oxides are chemical compounds, the most common of which is Sulphur dioxide with chemical formula SO2. SO2 is colorless gas with a pungent, irritating smell. It is fairly soluble in water and is an intermediate in the production of sulfuric acid.

One of the primary sources of Sulphur dioxide emissions in the natural environment is the combustion of fossil fuels. The analysis on Sulphur dioxide emissions performed so far, indicate that about 90% of the total weight of emitted SO2 comes from thermal power plants, oil refineries and other larger industrial plants. Natural sources of SO2 are the active volcanoes and forest fires. Between 1970 and 1998, the emission of Sulphur dioxide in Europe has decreased by 75%. This reduction of SO2 is mainly due to lower coal consumption in the production of electricity, and its replacement with natural gas.

Sulfur dioxide dissolves in water droplets in clouds, and makes the rain more acidic than normal. Acid rains disturb the natural balance of rivers, lakes and soil, resulting in very high negative effects on the animal and plant life (flora and fauna). High concentrations of SO2 in combination with humidity can cause gradual damage to certain construction materials. Excessive exposure to Sulphur dioxide may cause health effects on the eyes, lung and throat.

What are the types of environmental pollution?

Generally speaking, there are many types of environmental pollution, but the most important according to PRTR are:

Air pollution occurs when harmful contaminants (gaseous) are introduced into the atmosphere through various sources, such as the exhaust system of vehicles, heating in households, industrial processes, power stations, burning of agricultural waste, burning of household waste and forest residues and many other anthropogenic activities. Some of the most notable air pollutants are sulfur dioxide, nitrogen dioxide, carbon monoxide, carbon dioxide, ozone, volatile organic compounds (VOCs) and airborne particles (or Particulate Matter (PM)). 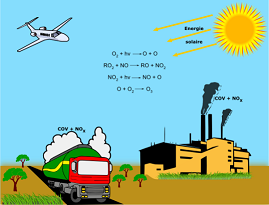 Some of the major pollutants of water resources are various fertilizers used in agriculture, rich in nitrogen and phosphorus. On the other hand, the use of different insecticides, herbicides and other pesticides also contributes significantly to the pollution of waters.

Other significant pollutants of water resources are the heavy metals and the communal wastewaters, which do not undergo the purification process.
Major pollutants of soils are: various hydrocarbons, heavy metals, pesticides mostly originating from the agriculture and mining. 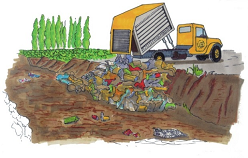 What are the sources of environmental pollution?

In a modern industrialized society, usage of fossil fuels (oil and its derivatives, gas, coal) has been firmly established in our everyday lives. Not only do we use oil for the everyday individual and public transportation, but we as well use it in the power-generating industry, it is present in products as all sorts of plastics, asphalt and in a wide range of chemicals for industrial use.

The combustion of fossil fuels produces extremely high levels of air pollution. This problem has been widely recognized as one of the most important priorities for reduction and control of the environmental pollution.

Despite being one of the major air contaminants, the fossil fuels also contribute to soil contamination and water pollution as well. For example, when oil is transported from the point of its production to further destinations by pipelines, an oil leak from the pipeline may occur, resulting in soil contamination and subsequently groundwater. When oil is transported by tankers, an oil spill directly in the see and the ocean may occur (something that we have witnessed many times) leading to water pollution.

Apart from the oil and its derivatives, another contributor to the air pollution is the coal, as fossil fuel. The coal has been widely used in fossil fuel power stations for production of electricity. Of course, there are many more sources of environmental pollution, such as the agriculture, industry, households, etc.

What are the environmental pollution effects?

Environmental pollution effects can be extremely dangerous, truly damaging and can have major impact on the human health. Some of the effects of air pollution include asthma, reduced energy levels, irritation of eyes, disruption of the immune system, malfunction of the central nervous system, cancer, etc.

Water pollution can cause skin rashes & allergies, all sorts of water-borne infections, vomiting & stomach aches, malfunction of the central nervous system and so on.

Soil pollution is, in a way, connected to water pollution and has big impact on the quality of the edibles and, subsequently, on the general human health and the health of the animals. Soil pollution contributes to pollution of groundwater as well.